Deion Sanders asked his daughter Shelomi Sanders to rub his foot because it was swelling, according to a post on his Instagram page.

She laughed, pointed at it, and told him what she thought it looked like.

“It looks like a turkey leg at the fair,” she said.

Deion Sanders laughed and asked “Can you stop please?”

The Jackson State football coach had his left big toe and the one next to it amputated during the fall after doctors found blood clots that were causing circulation issues in his leg.

‘NOT HIGH-STEPPING YET’: Deion Sanders provides update on health after having two toes amputated

It caused him to miss three games and coach several on a scooter. He was in a wheelchair when he returned for Jackson State’s win against Southern on Nov. 13.

Shelomi, who recently signed to play basketball at JSU, said she would need money and gloves if she were to touch the foot. Her dad responded by offering her $100.

“That’s not worth a hundred,” she said.

Shilo Sanders heard Shelomi say their dad’s foot looked like a turkey leg and came walking into the room laughing. Shilo, who plays defensive back for Jackson State was wearing a leg brace, and it’s not clear what his injury is from the video.

Jackson State is in its final week of spring practice, and is set to play it’s spring game on Sunday (5 p.m., ESPNU). It will be the first nationally televised HBCU spring game. 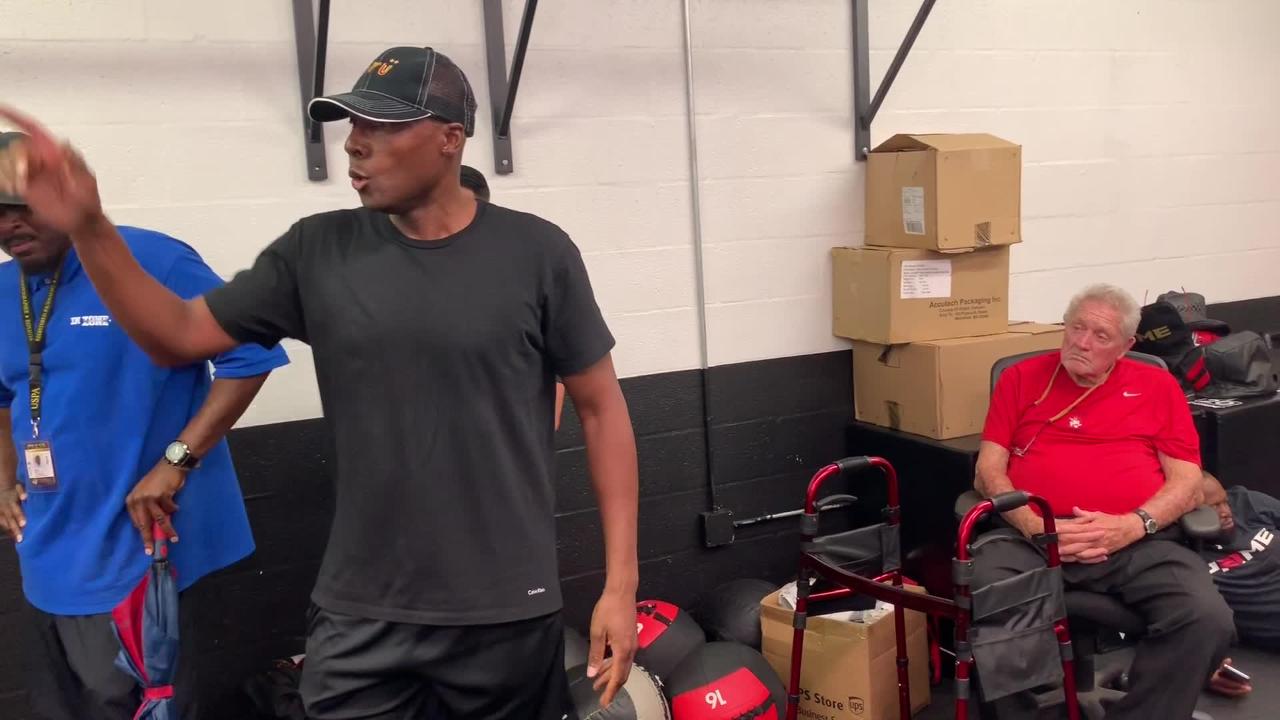