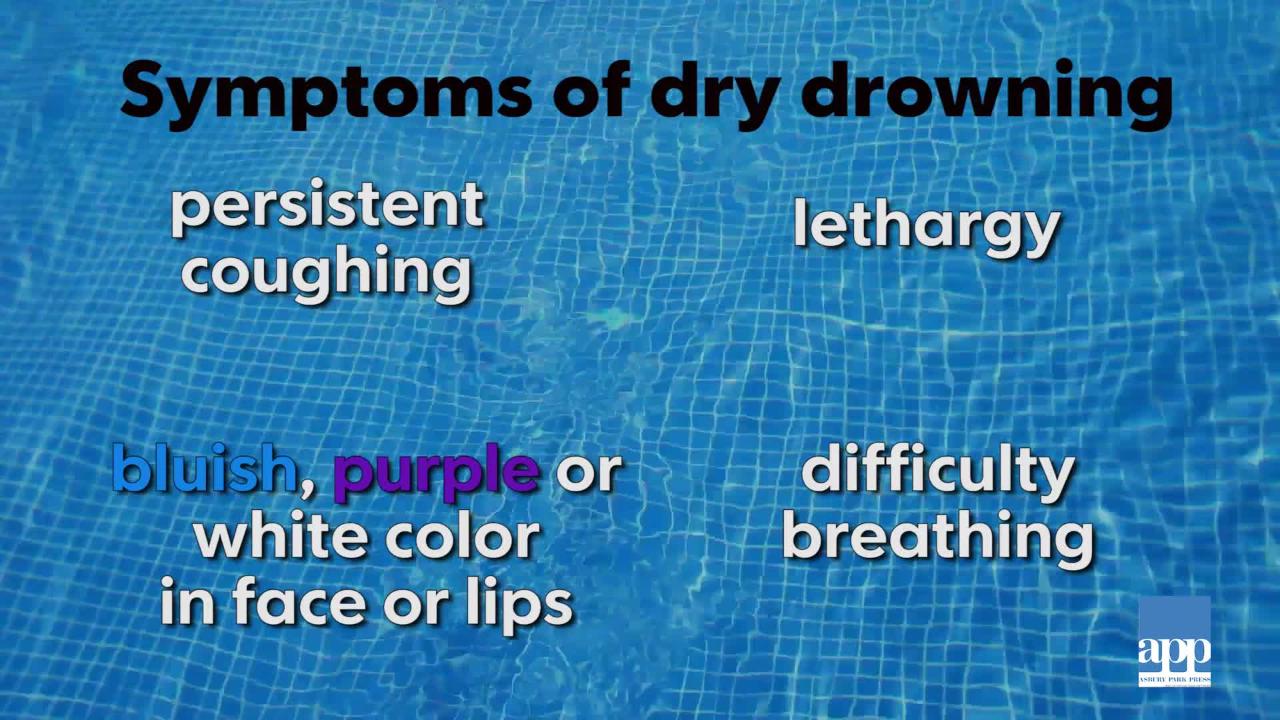 Concerned parents bring their 8-year-old son into the emergency room. Earlier in the day, while playing in the family pool, they saw him “go under for a couple seconds.” After a brief coughing episode and some rest, he was back in the pool, playing with his brothers and sisters.

But having heard on the news about a case of “dry drowning” in another child who died a week after a brief water immersion incident, the boy’s parents are asking me to “check him out and make sure he’s OK.” They are worried that despite his well appearance, something similar could strike him without warning in the next few days.

A similar scenario is repeated across emergency rooms and in pediatrician offices each summer. Yes, as an emergency room doctor, water safety for children is a critical concern. According to the Centers for Disease Control and Prevention, drowning is the leading cause of death by injury in children aged 1 to 4. And the majority of drownings – 69% – actually occur during non-swim times.

Unfortunately, the continued widespread use of misleading terms like “dry drowning” or “near drowning” by both misinformed doctors and the media have hijacked the water safety conversation and distracted parents from what they should be focusing on to keep their kids safe.

More: The dos and don’ts of going to the ER

More: How to ‘summer-proof’ your child and keep them safe this season

Understand drowning as a process

For the layperson, the term “drowning” is synonymous with death. But I urge you to think about drowning as medical professionals do: a process or sequence of events. The World Health Organization defines drowning as a “process of experiencing respiratory impairment from submersion/immersion in a liquid.” Immersion is having water splashed on your face, whereas with submersion, your entire airway is under the water’s surface.

During drowning, water is aspirated into the posterior oropharynx (throat) and down to the larynx (vocal cords). This triggers laryngospasm and coughing to prevent water from going further down the trachea and into the lungs.

For immersion or brief submersion (think doing a cannonball into the pool and then surfacing), this is where the process stops. After a brief coughing episode and rest, the child returns to normal behavior with no other symptoms. If a child remains submerged – whether from the inability to swim or perhaps an associated trauma like diving in shallow water – there is an eventual natural reflex to inhale, leading to further aspiration of water into the lung. Aspirated water in sufficiently large quantities can directly destroy parts of the lung.

More: Got an injury? Should you reach for an ice pack or heating pad?

More: Everyone puts hydrogen peroxide on their wounds. They really shouldn’t.

Understanding that drowning is a process with many different outcomes, the WHO and the World Congress on Drowning in 2002 recommended the following classification:

They recognized that the process of drowning can be interrupted at any point – whether by rapid self-recovery, rescue by a parent or emergency medical professional, or treatment in the emergency room, for example. As we say in the ER: “Time equals brain (or heart).” For example, submersion for less than five minutes is associated with only a 10% risk of death or injury, but that risk increases to 56% for six to 10 minutes of submersion.

What’s the deal with dry drowning?

So where did such confusing terms like “dry drowning” and “secondary drowning” originate and should they be used?

The author of the “Scary Mommy” blog wrote of a 2015 incident with her son at the beach. During a brief period when he was unsupervised, he was knocked over by a small wave. A few minutes later while driving home, she noticed that he was becoming irritable and delirious. They took him to the emergency room and after a chest X-ray was found to have fluid in his lungs. Thankfully, he improved rapidly with supplemental oxygen and breathing treatments. The doctor diagnosed him with secondary drowning.

A more tragic case occurred with a four-year-old boy who died a full week after playing in very shallow water in a dike in Texas. He initially had symptoms similar to a stomach bug with vomiting and diarrhea. But a week later he went into fatal respiratory arrest and doctors subsequently discovered fluid around his heart and lungs. He was diagnosed with dry drowning and secondary drowning. Long after the story was sensationalized in the media, an autopsy confirmed that he actually died from viral myocarditis – inflammation of the lining of the heart not related to drowning or water exposure.

Let’s apply the revised definitions to these two cases. The first case would be diagnosed as “drowning without injury.” The young boy aspirated sea water into his lung which affected his oxygenation. However, he was promptly treated and then recovered. The term “dry drowning” is not even used correctly in the second scenario since previously it had occurred in alleged cases of fatal drowning in which an autopsy did not reveal ANY water in the lungs – hence, the “dry” terminology. I’ve also seen this term applied to cases of kids who experience symptoms of drowning after they exit the water and are on “dry land.”

Yes, definitions are important. But my take-home message for parents is to focus on symptoms.

Kids who are briefly submerged or aspirated in a small amount of water should certainly be closely monitored for about four to six hours after the event. Signs of drowning will most likely become apparent in the first one to two hours and could include:

If you bring your child to the emergency room, here’s what the evaluation could entail depending on the severity of the symptoms:

Just remember that there has never been a case reported in medical literature of an otherwise asymptomatic and healthy child who suddenly developed serious respiratory distress or died days after being in water.

Bottom line: Water safety is a major concern for young children and they should never be left unsupervised around any body of water. Drowning for most kids is a nonfatal process and signs and symptoms are readily apparent in the first few hours after an incident. Promptly seek medical attention if your child has any concerning symptoms after immersion or submersion.

Does it actually work? People swear by apple cider vinegar for weight loss.

Michael Daignault, MD, is a board-certified ER doctor in Los Angeles. He studied Global Health at Georgetown University and has a Medical Degree from Ben-Gurion University. He completed his residency training in emergency medicine at Lincoln Medical Center in the South Bronx. He is also a former United States Peace Corps Volunteer. Find him on Instagram @dr.daignault

What is 'dry drowning'? And do you need to be concerned? Our medical expert explains.

What is 'dry drowning'? And do you need to be concerned? Our medical expert explains.