There is no mention of Jackie Robinson on Hilton Lee Smith’s plaque at the Baseball Hall of Fame.

Smith’s career, without his connection to Robinson, was deserving of Cooperstown alone. The former Kansas City Monarchs right-hander, long overshadowed by another Monarchs righty named Satchel Paige, was posthumously inducted in 2001.

But without Hilton Lee Smith, there’s a chance Major League Baseball does not celebrate the 75th anniversary of Robinson breaking baseball’s color barrier.

“J.L. Wilkinson and the Kansas City Monarchs: Trailblazers in Black Baseball,” a book by William A. Young, includes a chapter about Robinson’s time with the Monarchs (owned by Wilkinson) in 1945, his lone season in the Negro Leagues.

Young writes that Smith claimed to have met Robinson in 1942, not long after the Army drafted Robinson, during an exhibition between Black stars and white major leaguers. It took a couple of years for Robinson to join the Monarchs, Negro Leagues Baseball Museum president and historian Bob Kendrick said, although Smith apparently reached out to Wilkinson and told him to sign Robinson immediately.

On the verge of being honorably discharged in late 1944, Robinson threw a ball around with another Monarchs pitcher, who he referred to later as “a brother named Alexander.” Baseball historians believe this was Ted Alexander, who mentioned the Monarchs were seeking players for the 1945 season since much of its roster was participating in the World War II effort.

More: ‘I am proud’: Jackie Robinson’s heartfelt letter of hope to a Black child | Opinion

More: Jackie Robinson’s groundbreaking moment didn’t start in the US; it began in Cuba

Robinson wrote to Wilkinson and the Monarchs organized a tryout near Houston, Texas for Robinson. His contract was worth $400 a month.

“Little did Mr. Wilkinson know,” Kendrick says, “that he just signed the man who would put him out of business.”

Robinson never desired to have a career in the Negro Leagues, according to Young’s book. He called it “a pretty miserable way to make a buck” and played one season before Branch Rickey and the Brooklyn Dodgers signed him that August (publicly revealed in October) after the Black press began pressing for assimilation (and even organizing tryouts) as a sign of equality, Kendrick said. Robinson debuted for Brooklyn on April 15, 1947.

Young writes that Smith talked Robinson out of quitting during his time in Kansas City, telling the rookie, “Jackie, you have a future.”

Smith also told a story about a time the Monarchs bus stopped for fuel in Oklahoma. The gas station clerk didn’t allow the players to use a restroom for white people. Robinson countered by telling the man to stop pumping gas. “That man wasn’t going to sell that much gas to one customer until the next time the Monarchs stopped,” Young wrote. “The operator backed down.”

From then on, Smith claimed, the Monarchs never filled up at a place they couldn’t use the restroom.

While players like Paige were outsized personalities, Smith was the opposite.

“Quiet but confident” is how his Hall of Fame plaque begins.

And he had every reason to be. His curveball is considered one of the most wicked pitches in Negro Leagues history. The ball “fell off the table,” said fellow Hall of Famer Monte Irvin.

“Sometimes you knew where it would be coming from, but you still couldn’t hit it because it was that sharp. He was just as tough as Satchel was,” Irvin said.

Hilton Smith was born on Feb. 27, 1907 – not 1912, as he stated to compensate for starting his baseball career later than most teammates – in Giddings, Texas. He was a dean’s list student at Prairie View State Normal and Industrial College, according to a Society of American Baseball Research biography project, and the first record of him playing baseball is for the Austin Black Senators, a club in the Texas Negro League. The next year he went to the Monroe Monarchs of the Negro Southern League.

Smith’s career moved to Bismarck, North Dakota, where he played for an integrated semipro team in 1935, the first time he pitched behind Paige.

Wilkinson signed Smith in 1937 and Smith began his streak for seven straight All-Star teams. He won the 1942 Negro League World Series with Kansas City and was teammates with legends such as Buck O’Neil, who lived with Smith and became a lifelong friend.

But Kendrick says Smith was winning 20 games or more per year. (Negro Leagues stats are an official part of MLB record books, yet the numbers are incomplete.)

As Robinson made history, Smith entered his 40s and his baseball career wound down after the 1948 season with the Monarchs. He stayed involved for the game, scouting for the Chicago Cubs alongside O’Neil into their 70s. His widow and two children attended his induction ceremony in Cooperstown 21 years ago.

Robinson altered history – in baseball and this country’s civil rights movement. Had it not been for another Hall of Famer’s eye, perhaps there would be a different story to tell. 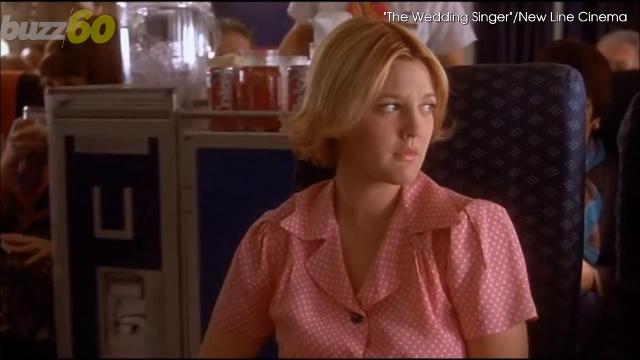