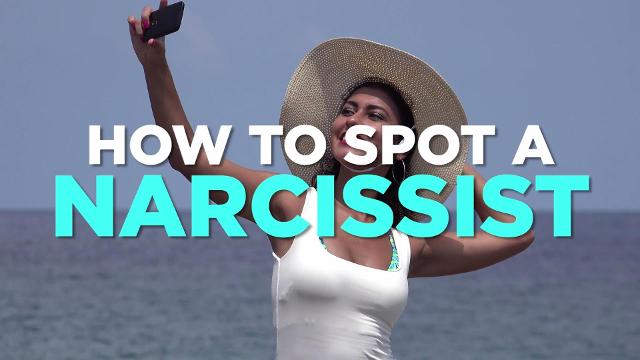 You may think the toxic person in your life is a narcissist. But what exactly does that mean?

People throw around the term loosely to describe those who are self-absorbed, entitled and manipulative – from overbearing parents to destructive exes. But narcissism is a complex phenomenon that is often misunderstood and oversimplified.

Psychologists say a pathological narcissist is someone who is diagnosed with narcissistic personality disorder, a condition that only affects an estimated 1% of the population. Narcissists can be controlling and intolerant while refusing to acknowledge wrongdoings. Instead, they’ll use manipulative strategies to escape blame, such as gaslighting or devaluing.

What is breadcrumbing? Pocketing?: How well do you know these relationship terms?

“We all go through periods where we might be temporarily self-preoccupied … That’s normal and that happens,” says Craig Malkin, a lecturer at Harvard Medical School and author of “Rethinking Narcissism: The Secret to Recognizing and Coping with Narcissists.”

“The difference is if somebody is extremely narcissistic, they’re so driven to be exceptional or special that they lose sight of other people’s needs and feelings. They become (out of touch with) what’s going on to the point that it wreaks havoc on their career or in their relationships.”

Because of its rare prevalence, misconceptions persist about what narcissism is and isn’t.

Ramani Durvasula, a clinical psychologist and author of “Should I Stay or Should I Go? Surviving a Relationship with a Narcissist”, says narcissism more generally is a personality style characterized by arrogance and entitlement. “It cuts across most situations, and it’s stable and consistent,” she says.

In contrast, narcissistic personality disorder is an official, medical diagnosis that requires psychological evaluation to determine if the behavior is not only pervasive, but also “causes subjective distress, meaning a person is uncomfortable with it or it causes some social impairment in their lives.” For instance, someone with narcissistic traits may act self important but still demonstrate consideration for others’ opinions and feelings; diagnosed or pathological narcissists often ignore the needs of people close to them and manipulate or vilify them regardless of harm.

“It becomes a problem when you have that inner world defined by a lack of empathy or need for admiration,” explains Kim Sage, a licensed clinical psychologist specializing in narcissism and trauma. “That creates stress and impairment… and they will often struggle in their relationships as well.”

What is ‘hoovering’: Narcissists often try to win back their exes with ‘hoovering;’ experts say it’s emotional blackmail.

What are the common traits of a narcissist?

Unlike selfishness, narcissism includes a distinct set of traits that go beyond self-obsession. Common signs include:

Are you dating a narcissist?: Watch out for these red flags.

Are narcissists born or made? Experts say both biological and sociological factors come into play.

Numerous studies have shown that narcissistic traits like grandiosity and entitlement are heritable – to a degree. But childhood experiences like neglectful parenting can also contribute to the development of narcissistic traits: A landmark study conducted over the course of 20 years found that secure, authoritative parenting played a pivotal role in preventing the development of maladaptive narcissism in children with narcissistic precursors including melodramatic or bullying behaviors.

Durvasula clarifies that most victims of childhood trauma do not become narcissistic. Rather, it’s a combination of these risks that lead to “variability in the developmental path of narcissism.”

What is ‘gray rocking’?: How to set boundaries with the narcissist in your life.

Who are the different types of narcissists?

Some experts like Sage believe narcissism exists on a spectrum: On one end, it can stem from ignorance. On the more extreme end, it can become a pathological inclination to inflict pain on loved ones.

“It’s really important not to say (narcissists) are always cruel,” Sage warns. Contrary to popular belief, she says narcissism can often stem from an inability to process underlying feelings of guilt, shame or insecurity.

“Some can be intentionally hurtful and manipulative, but it’s very complex. You have to remember these people with these disorders tend to lack insight, so it’s a combination of a lack of empathy and their need for entitlement that often end up hurting people.”

According to Malkin, there are three subtypes of narcissists:

Can narcissism be treated?

There is no treatment that will rid a person of narcissistic personality disorder. Appropriate therapy, however, can help diagnosed narcissists learn tools to reduce harmful behaviors while increasing their compassion and self-awareness.

What is EMDR?: Prince Harry said he is triggered flying into London and uses EMDR to cope. What is it?

Ultimately, treatment for extreme narcissism is to help individuals “learn to not deny feelings of sadness, fear or even healthy anger,” Malkin says. “In healthy relationships, we have to be able to express these emotions and still care about the other person, still feel connected to them.”

Regardless of which therapy is best for each person, successful treatment and change require “a willingness to play the long game.”

“Narcissism is a personality style. It’s difficult for anyone to change a whole personality,” Durvasula says. “You’re going to need longer-term therapy with a professional who actually understands it. Understanding this personality style is only half the battle.”

What it’s like to divorce a narcissist: One woman’s battle with post-separation abuse

Someone not drinking alcohol? It's none of your business.

Someone not drinking alcohol? It's none of your business.

When someone is grieving, is an emoji really enough?