Three people have been shot in downtown Milwaukee following Game 6 of the Eastern Conference semifinal playoff series between the Bucks and Boston Celtics.

The Milwaukee Fire Department said authorities took two people to a hospital, a 30-year-old man and a 16-year-old girl, and a third person drove to a hospital. All three people have non-life-threatening injuries.

Police said a 29-year-old man is in custody. Witnesses told WTMJ-TV that they saw a fight outside a bar following the basketball game.

Videos shared on social media showed hundreds of people running out of the Deer District fan area shortly after the game ended. Earlier in the evening, the Bucks said 11,000 people were at the Deer District.

Milwaukee police taped off the intersection of North MLK Drive and West Highland Avenue, according to a tweet from a WDJT-TV (Channel 58) reporter.

A live stream video posted by WISN-TV (Channel 12) showed a man being placed in the back of an ambulance near the intersection of MLK Drive and Highland Avenue.

A Milwaukee Journal Sentinel reporter overheard multiple Fiserv Forum employees telling one another they are not allowed to leave until given the all-clear.

Police are investigating what led to the shooting.

“The incident took place outside of the Deer District area. We direct all questions to the Milwaukee Police Department,” Bucks spokesman Barry Baum said.

How three WNBA players balance careers and motherhood: 'It changes my perspective of life'

How three WNBA players balance careers and motherhood: 'It changes my perspective of life'

May 8, 2022
Three easy recipes to get you in the spirit of Cinco de Mayo 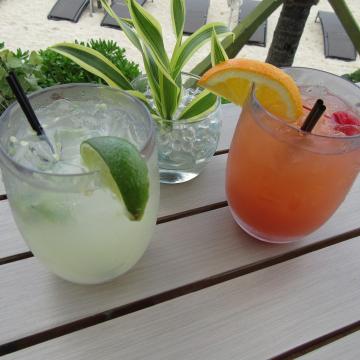 May 17, 2022
NHL playoff predictions: With second round starting Tuesday, which teams will advance?

NHL playoff predictions: With second round starting Tuesday, which teams will advance?

May 17, 2022
'I have no idea how to fly': How air traffic controllers helped a passenger land a plane

'I have no idea how to fly': How air traffic controllers helped a passenger land a plane

I found out my husband is sexually attracted to my sister. I don't know what to do.