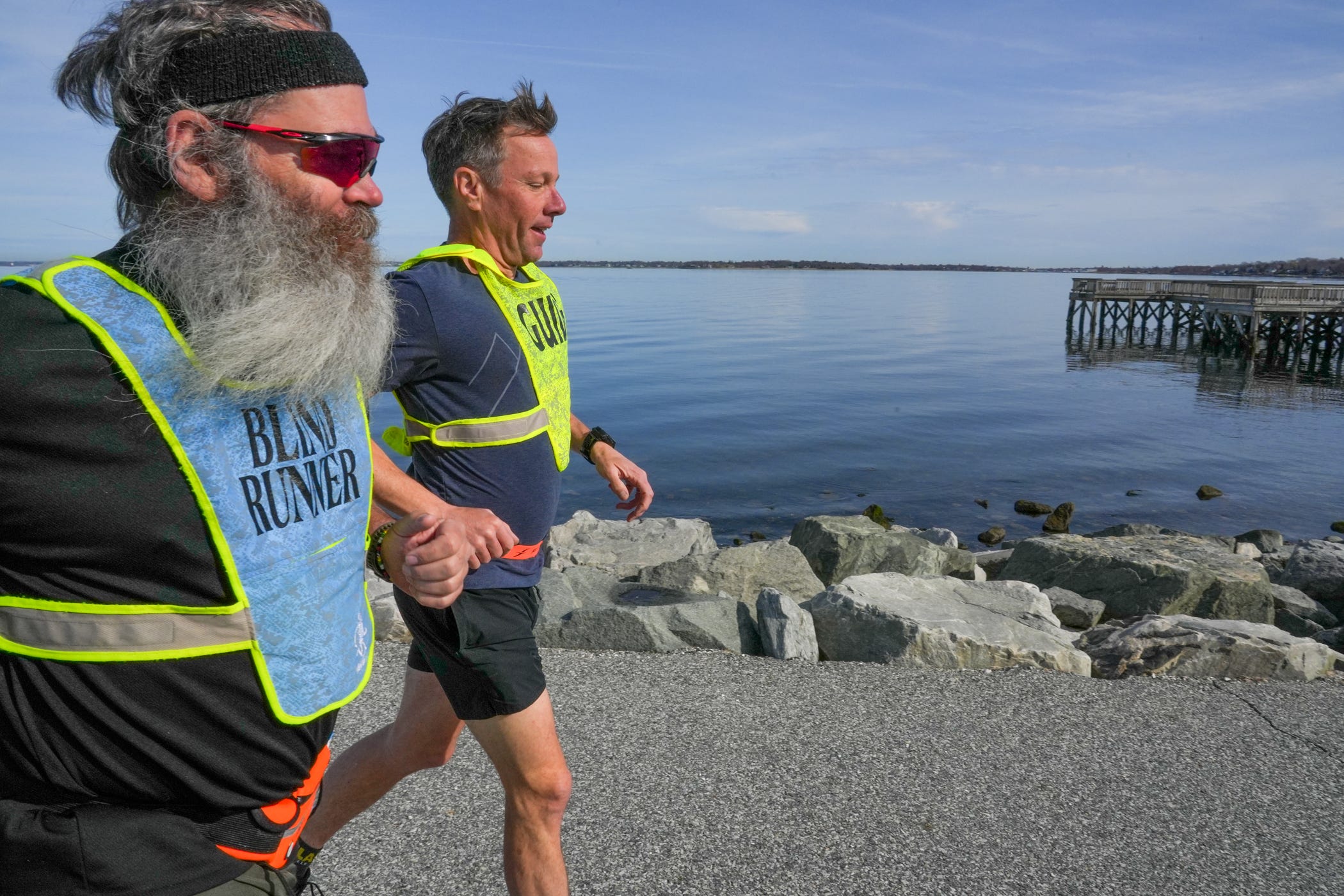 PROVIDENCE – Rob Sanchas felt like he was in the dark. The more stress he felt, the more that sensation worsened. It wasn’t until he started running that he felt his fears slowly fade. That’s one reason this 54-year-old who is legally blind will run in the 2022 Boston Marathon on Monday.

Sanchas was serving his country in the U.S. Army when an accident occurred at Fort Bragg military base in North Carolina. He’ll never forget that day in 1988. He was getting ready to head out to the field to work on maneuvers when a bungee cord attached to his gear snapped. That sent a metal hook flying toward his face.

“Back then, they had the metal hooks on them and we used to use it to secure our gear,” said Sanchas, who’s from Warren. “We were supposed to head out to the field. I was checking on my gear and as I was standing over it, the canvas bag that it was attached to tore and I just looked down at that moment where it tore through and lacerated my right eye.”

HOW TO WATCH THE BOSTON MARATHON: TV and streaming info for Monday’s race

At first, Sanchas lost 25% of his vision and then had tunnel vision. Doctors thought it would all stabilize, but as the years went on, it didn’t. In 2010, he was declared legally blind. Although he can see somewhat, Sanchas describes his eyesight as “looking through a kaleidoscope spinning on a pinwheel at 100 miles an hour.” He sees four of everything and gets dizzy easily.

As his eyesight worsened, the stress became unbearable. That’s when his vision would randomly diminish. Doctors discovered that when his stress levels were elevated, he’d lose even more vision.

“Eventually, that’s how I ended up running. I started walking and then running and then I realized how much of a stress reliever it can be,” Sanchas said. “All those anxieties, all those fears dissipate while you’re running because all I concentrate on is the voice of my guide and their movement. I pretty much have my focus on the black ground so that way there’s no distractions and I just listen to my guide. And that in itself is an incredible feeling.”

How long is the Boston Marathon?: The distance remains the same, but your times may vary

Monday marks Sanchas’ third Boston Marathon, but it’s the first time he feels truly prepared. That’s thanks to his running guide, Jeremy Howard. The pair met through a charity, The Play Brigade, which will be the beneficiary of Sanchas’ fundraising. Howard, who lives in Little Compton, is an ultramarathon enthusiast. He’s used to running 100-mile distances and this will be his fifth Boston Marathon, but his first as a guide runner.

When they met, Sanchas told Howard his goal was to run under five hours and qualify for the next Boston Marathon based on his time.

The pair have been training twice a week for the last 17 weeks. They’re tethered together with a bungee cord, nicknamed their umbilical cord, and they run side-by-side with Howard directing Sanchas so he doesn’t hit anything or fall. Since he gets dizzy easily, Sanchas usually stares at the ground and closes his eyes, listening to his guide’s voice.

“He has some partial vision, so he can see contrast and things like that, so it’s really more about navigating hazards that may be, you know, less obviously visible to him,” Howard said. “Even just little undulations in the curb – I mean, when you’re running on pavement … if there’s a little … even a shallow pothole that he may not identify, [the role of the guide is] calling out things like that.

“There’s never a dull moment, so he’s just made this transition very, very easy. He’s a vet as well, so that just heightens the – I mean, what a pleasure to give back to somebody who served our country as well.”

Both men know that cracking the five-hour mark won’t be easy, but for Sanchas, this relationship and endeavor has given him a purpose. Before this, he had several potential running guides back out on him after helping him once. With Howard, he’s being pushed to run faster than he believed he could.

Sanchas said this has made him feel “one again.” Along with raising money for a good cause – The Play Brigade aims to create opportunities for inclusive play, recreation and sports where everyone participates and belongs – this has been an exciting time for Sanchas.

“For a long time, I felt like I was broken. That’s common,” Sanchas said. “I felt like a failure because I got injured while in the military. These are the perspectives you end up with. It took a while to get over these false perceptions.

Boston Marathon 2022: In running the Marathon, Massachusetts man responds to call from across the lake

“I’ve had people say ‘I’ll guide you,’ but they never show up or try once and say ‘no this is not what I thought it would be.’ I’m, like, it’s literally what I told you — tell me what’s coming up before I hit something or get hurt. It’s not rocket science, but it’s not for everyone. You have to have that passion — the willingness and passion to do it. When they do, lives change. My life has changed. I guarantee Jeremy’s life has changed. It helps make the world a better place.” 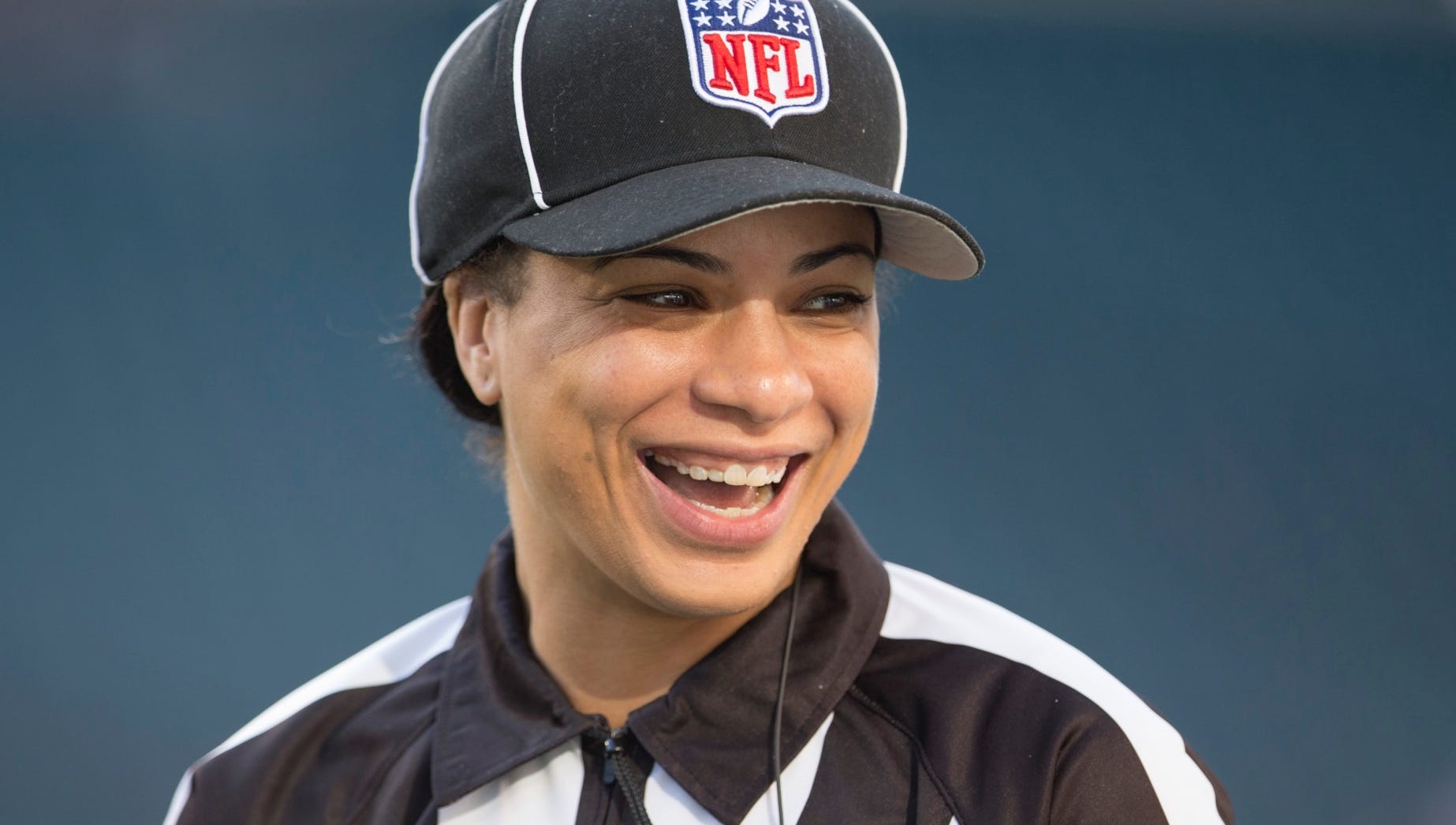 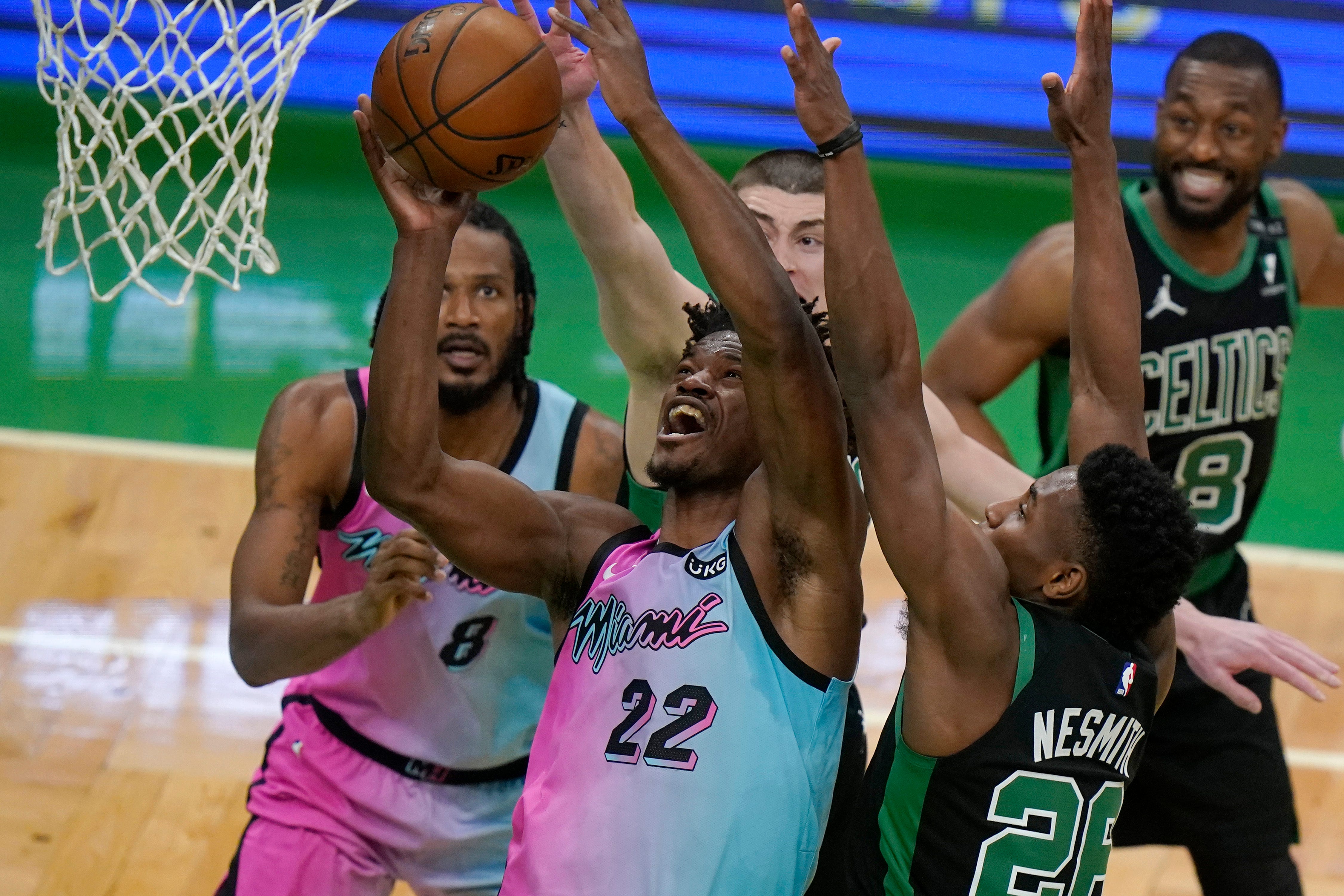 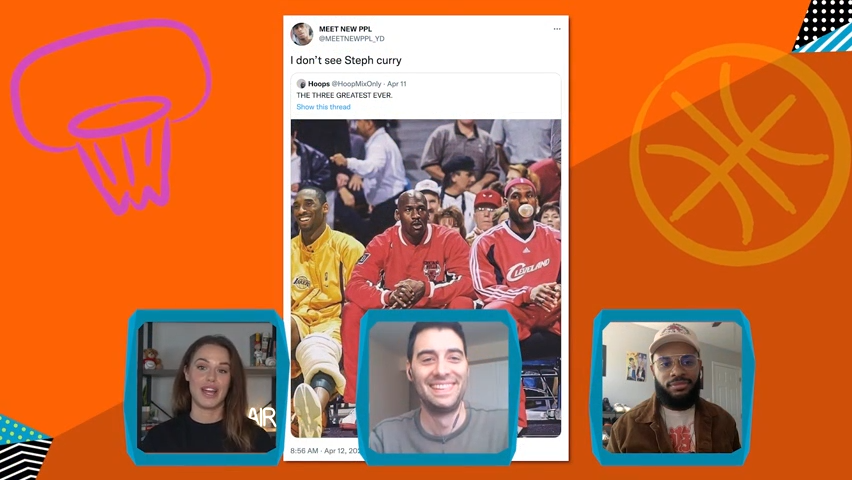 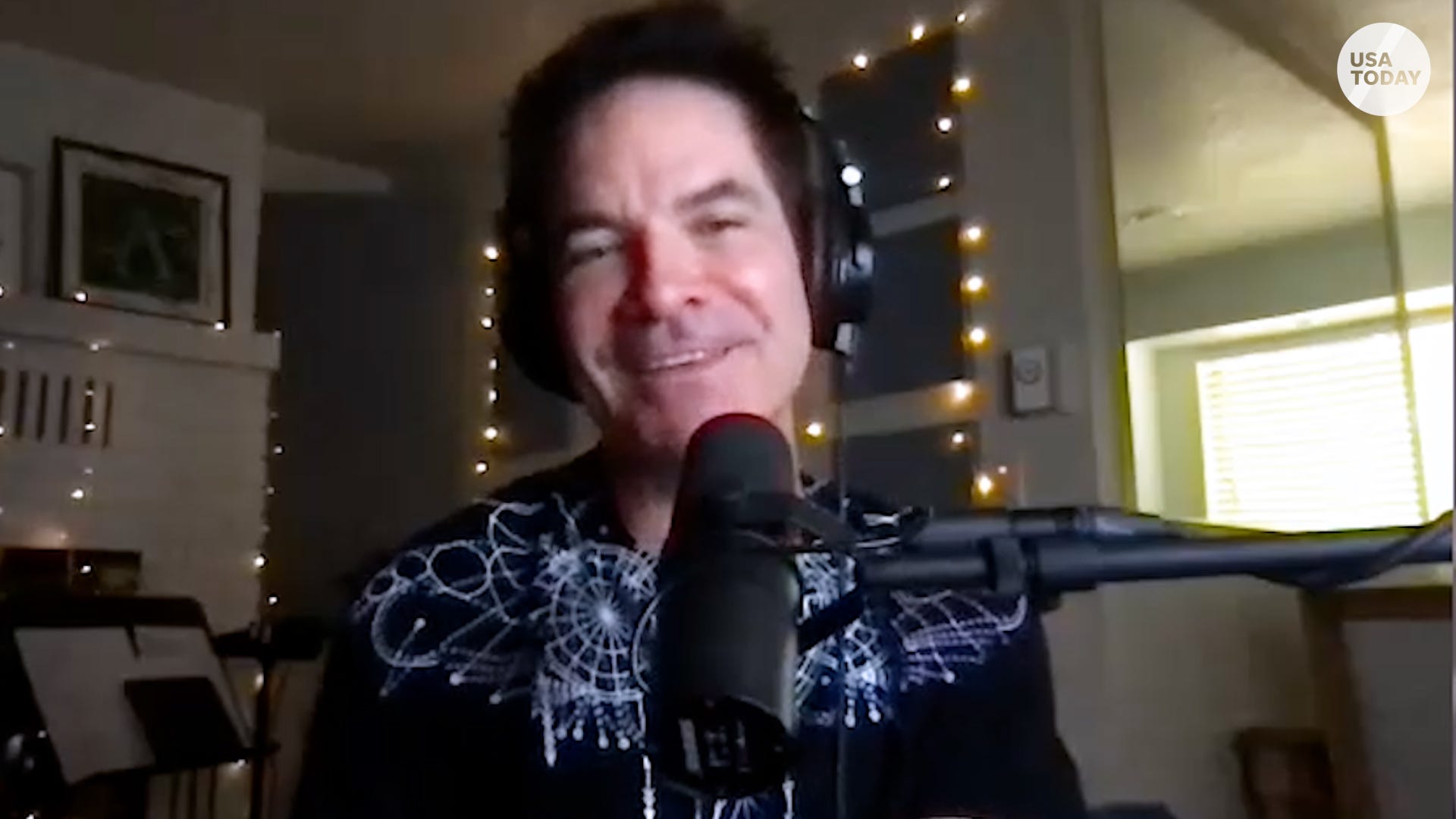